Making the Most of It

A trip to Vegas is hardly complete without a tour of some of the incredible natural wonders within a few hours' drive, but on this recent trip, the weather decided not to participate.  Nevertheless, while clouds occluded the starry skies at night, and the towering sandstone formations of the Southwest by day, I pressed on to make the most of the trip.

Instead of spending as much time on some of the Southwest's sweeping vistas, I focused on finding the beauty in smaller, more intimate scenes, which can be found all over the red rock country of Southern Nevada and Utah, and Northern Arizona. 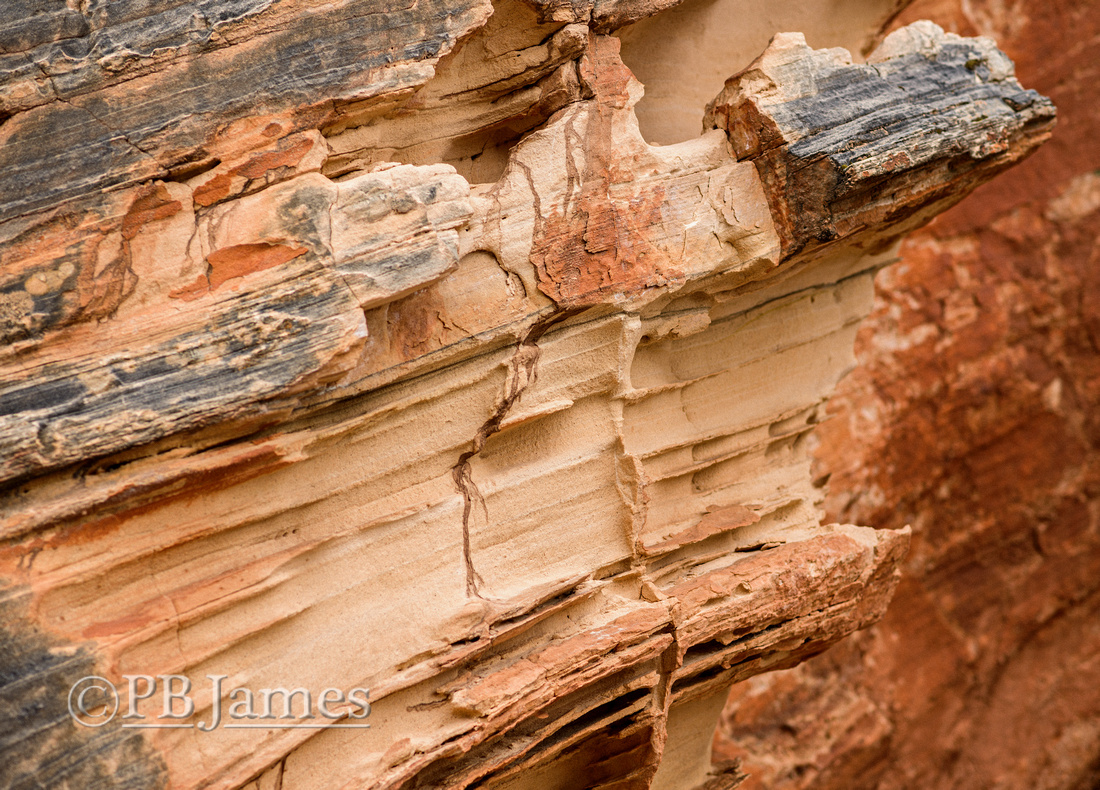 This photo is a great example of how those efforts can pay off, even in an unassuming area.  Off to the side of a road, behind some scruffy bushes and sandy dunes, stood one of grand Vermilion Cliffs, with a frozen waterfall covering part of its' face.  Rather than force a shot of the entire scene in mediocre lighting and overcast skies, I began tracing the cliff, looking for interesting patterns and formations.

A bit of scrambling later, and I found this aggressively eroded formation, complete with dramatic color and fin-like wings of rock jutting out.  It is only one of many interesting pieces found in this small area alone, allowing for an almost infinite number of intimate compositions.  Often, spectacular conditions, or simply the overwhelming novelty of a heretofore unvisited location can cause us to skip over these more intimate scenes in favor of the grandiose.

Don't give up on your day out in nature, just because the conditions aren't coming together as you might have hoped.  Press on, and keep looking, and before you know it, you'll find yourself shooting something interesting that you might never have imagined.  While pre-visualization is certainly a useful technique, don't let it constrain your creativity, and don't be afraid to get out there and explore.  I certainly find the journey to find an interesting image every bit as enjoyable as the final result, and I hope you will also.