Moving out of Southwestern Colorado's San Juan Mountains to the north, one approaches Grand Mesa, a massive table-top mountain towering 5,000ft above the surrounding valleys and cities. Near the top of this monolith, Aspen perch in groves, clustered near or just below the rim, dotting the otherwise green landscape with bright yellow here in late September 2015. 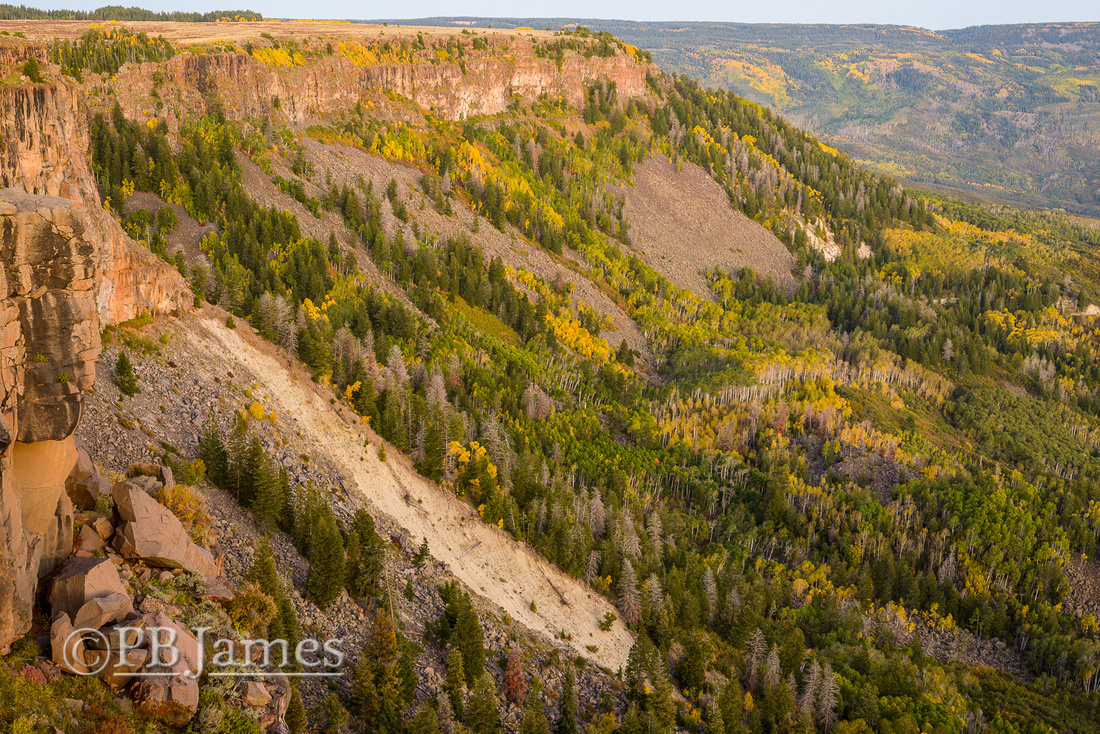 The Aspen on the northern end of the Mesa are further along than their southern brethren, with the north end getting close to peak, with a few patches of green leaves still lingering, particularly at lower elevations.  The southern fringe of the mesa shows aspen in full golden glory primarily near the very edge of the mesa, while most of those spreading further down the slopes toward the valley still bearing green. 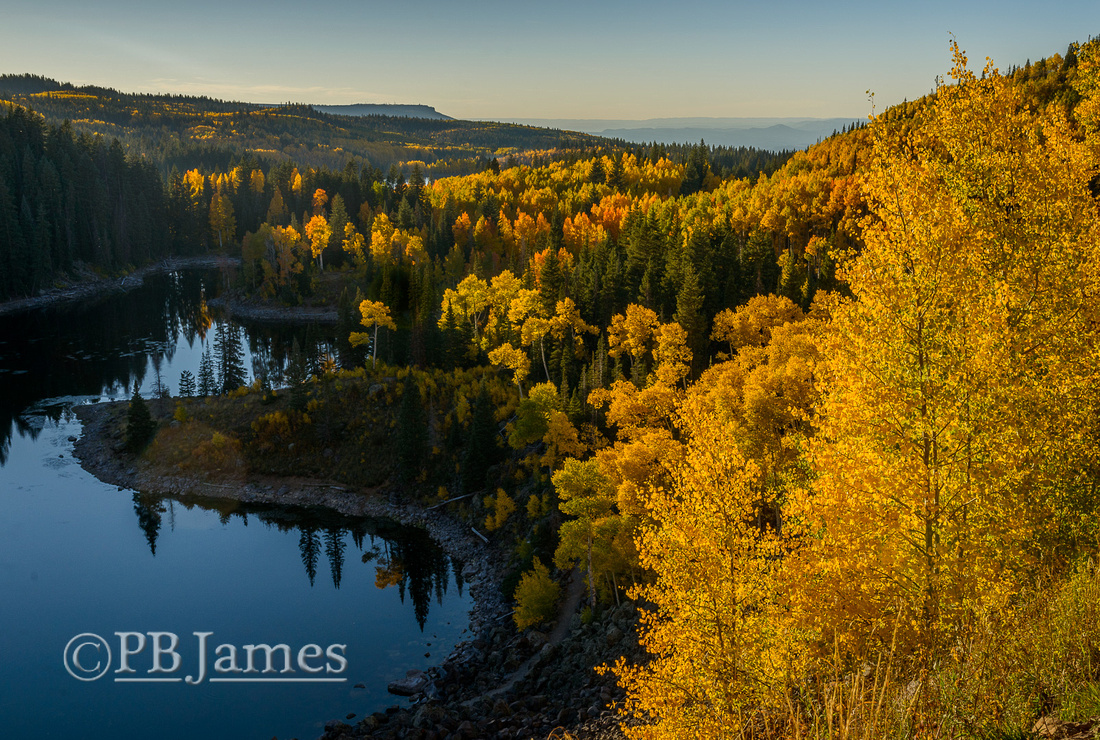 While there are patches of Aspen here and there across the gently rolling mesa top, they are often clustered in small groups, and at this point surrounded by little more than brown grasses. Most of the isolated, mesa-top Aspen have turned yellow at this point, with a few having dropped their leaves already.  Aspen on the northern side, particularly near Mesa Lakes, were losing leaves fairly rapidly with each gust of wind, suggesting that the color bounty at that particular site may be shorter-lived than others. 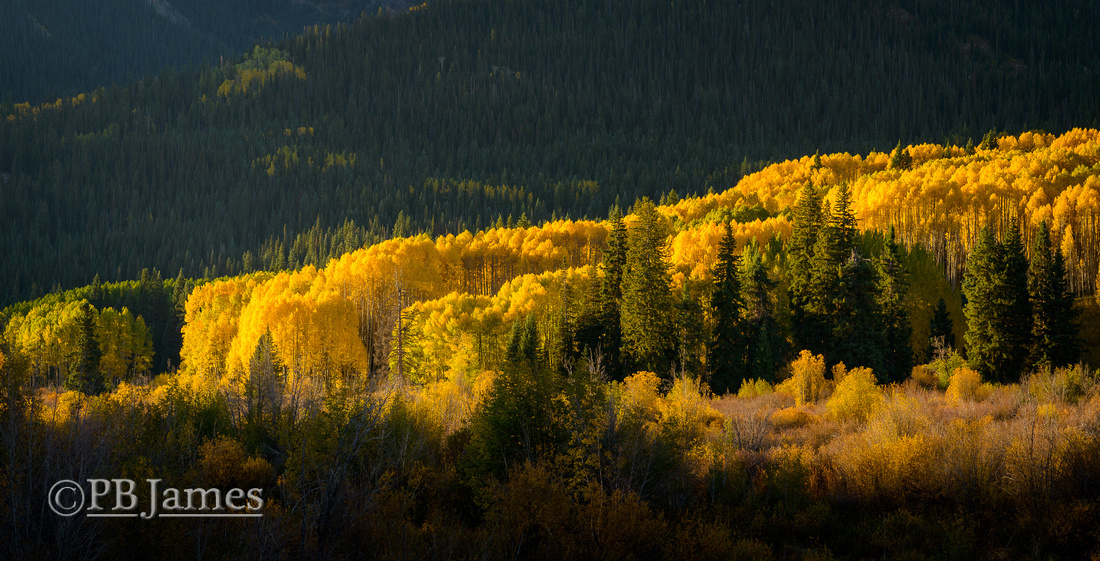 Further east, the Elk Range rises dramatically, and is also amid a near-peak showing of autumn aspen.  As I drove east on Kebler Pass road, the Aspen gradually grew more and more verdant, peaking in and around Crested Butte.  While patches of green leaves could still be found well west of the pass, the area immediately west of the pass showed excellent color. 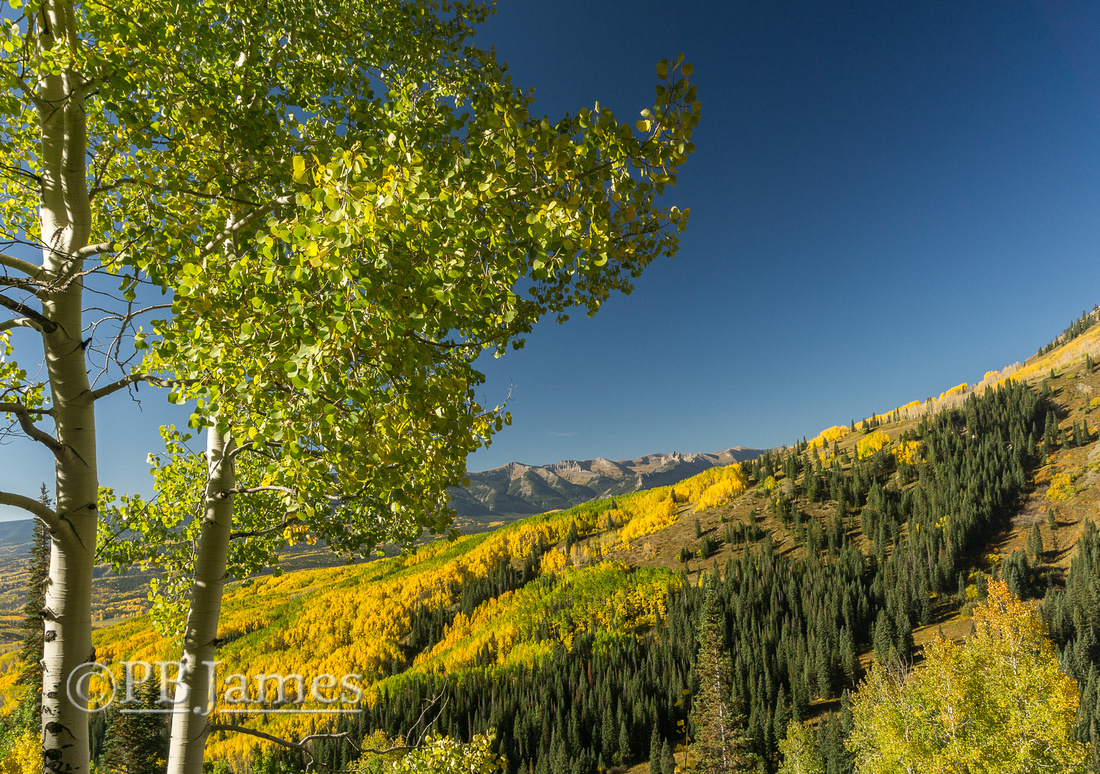 The nearby Ohio Pass road showed a somewhat less developed Aspen color, with a much high percentage of leaves yet to turn, but some nice highlights nonetheless.   The area north and northwest of Crested Butte, on the Schofield Pass Road was very much in peak form, with few green leaves to be seen, and even a fair number of trees losing leaves rapidly. 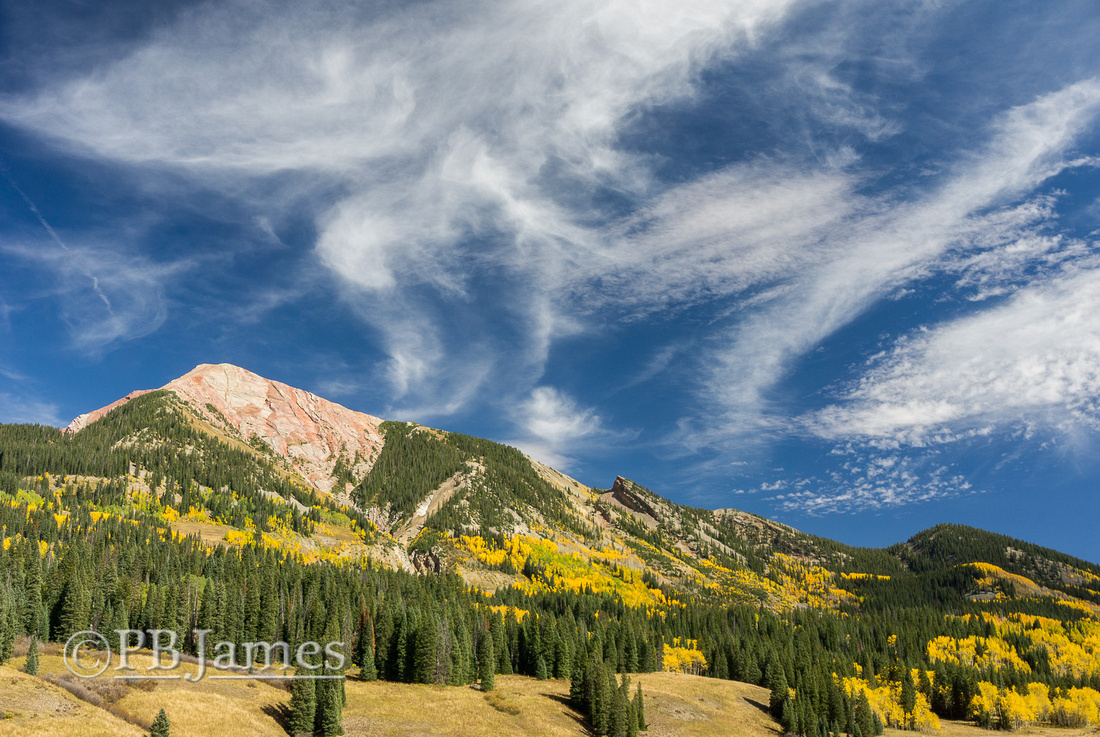 Next, I head to the north side of the Elks, near the town of Aspen, and on to Leadville and the I-70 corridor as I make my way to Denver.