The Simplest Choice to Improve Your Digital Photographs

If you could save your photos in a format that retained exactly what the camera captured, and allowed you to revisit and reimagine the look of your photos days, if not years later, why wouldn't you? Fortunately, odds are that you can, with a button press or two, by saving in RAW.

Way back in (digitally speaking) 2006, I bought my first camera, a mostly unassuming digital pocket cam, the Fuji E900, which distinguished itself by offering RAW file capture, a rarity on small cameras at the time. Nowadays, nearly all serious digital cameras, and even some phone cameras offer the ability to save in RAW, but many people remain unaware of the feature, the benefits it offers, and how to take advantage of them.

RAW files are a direct copy of the data coming off a digital camera’s sensor, with no, or very little processing applied, resulting in much larger files than typical processed JPEG files. This data would be unrecognizable as a photograph, without additional processing, as much interpolation must be done to create the image we see from most digital camera sensors.  All this extra data is the key to the benefits of RAW, as you can leverage improving image processing technology to reinvent your photos into far higher quality renditions than possible with a camera’s internal processing.

Photo processing software, like Adobe Photoshop and Lightroom, Phase One Capture One, and many others, are the tools for turning your RAW files into beautiful finished photos, and they are improving continually. With each new release, the software makers improve the algorithms that interpret RAW data into photos, giving lower apparent noise/grain, sharper edge resolution, and improved color fidelity. Contrast that to the JPEG processing engine of most digital cameras, which is typically fixed at release, and never changes again. 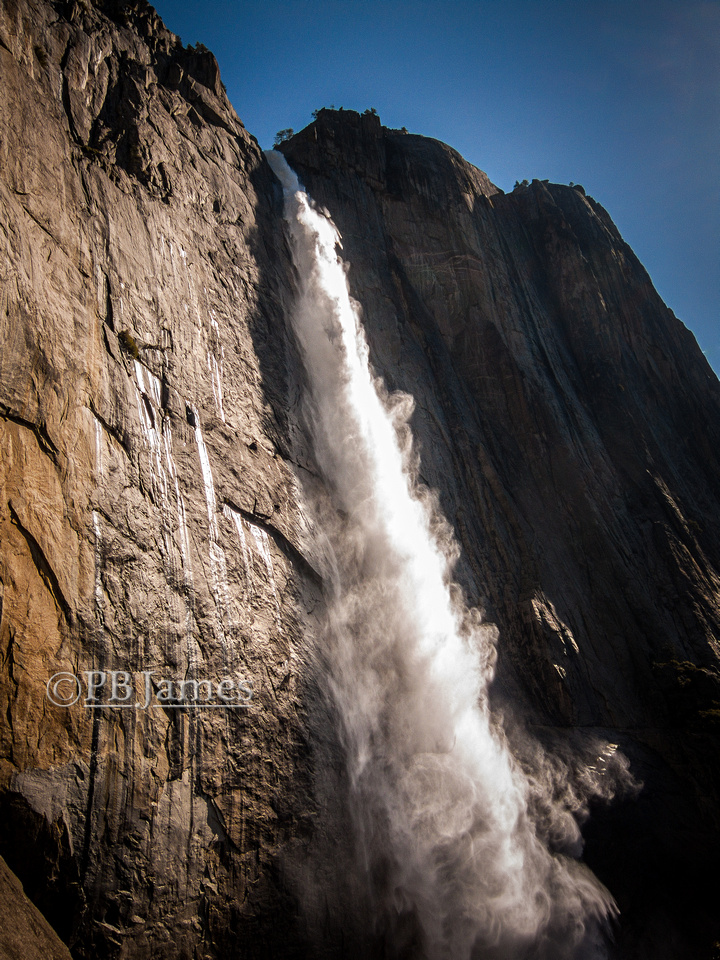 Yosemite Falls, Morning HighlightPeak runoff season in spring 2008 saw Yosemite Creek running high, filling the upper falls with a weighty torrent that thundered into a drowning mist near the bottom, in the morning light.

I’ve presented two photos taken with the E900, a camera which, by modern standards, one would not expect to be a high-performing digital camera, as it had a relatively small sensor, slow lens, “only” 9 megapixels, and no image stabilization. These photos are ones whose composition and subject I have always liked, but until recently, I wasn’t pleased enough with the output quality in order to print and share them as part of my collection. However, revisiting them with the most recent version of Adobe Camera Raw, I was surprised to see just how much the software advances helped control some objectionable noise, and allowed me to increase the resolution while maintaining sharpness. 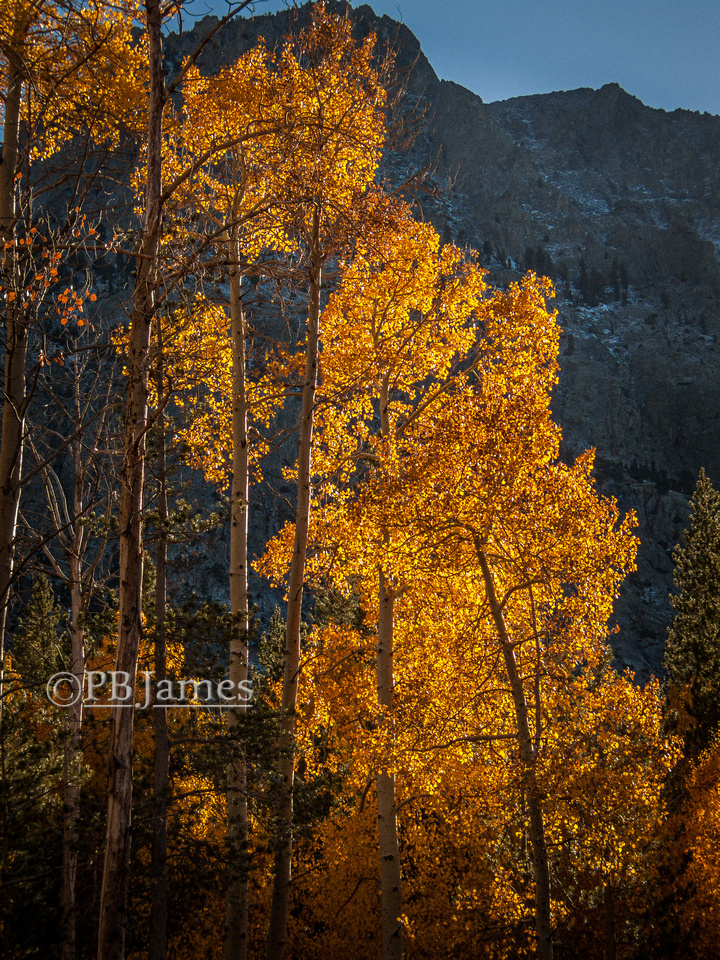 Afternoon AspenPerfectly golden autumn Aspen catch the afternoon's final rays of sun, as Carson Peak looms large in the shadows to the south.

The ability to reinvent your photographs with improved technology, years and years later, is why I argue consistently for the use of RAW files.  While the files are larger, and hence consume more storage space and can slow the responsiveness of some cameras, the potential image quality benefits are such that I would only use JPEG for the most time-sensitive, fast-action photography where the luxury of time for post-processing simply isn’t possible.

As such, I've been on a program recently of revisiting and "remastering" a number of photographs taken over the years, consistently being impressed with just how much better they look, with the application of updated post-processing software, and post-processing skills. If you sock away a a library of RAW photos, they can grow with you, as you improve your technology, and, more importantly, your ability to leverage it. Look forward to more remastered classics for me, and I hope you'll consider, if you already haven't, the potential impact of RAW on improving your photography.