For the fifth time in seven years, I am visiting Colorado in early autumn, drawn to the mountains and to hiking by the irrefutably amazing colors of the Quaking Aspen, as they shed their summer garb under the lessening light.  I have a marked love for Southwestern Colorado's San Juan Mountains, which, while not the highest, nor the most well-known of the state's towering peaks, have always stood out for their beauty and variety. 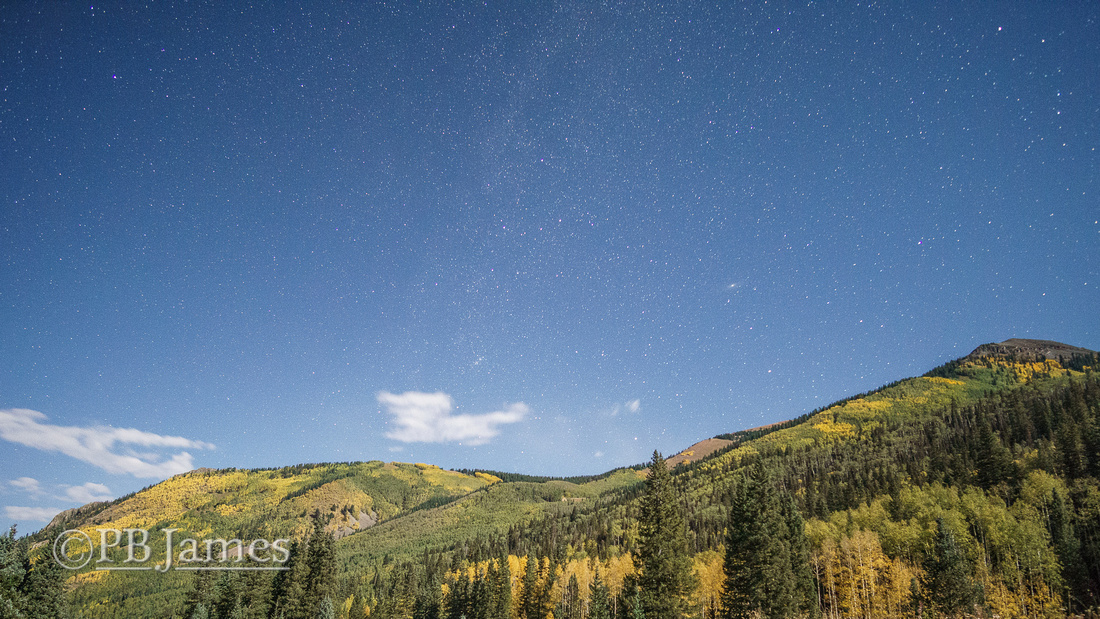 Thus I began my journey out of Cortez, following Route 145 up into the mountains, seeing a decent color show as I ascended, with probably 30% or so of the trees and shrubs along the Dolores River turning. Reaching the top at Lizard Head Pass, the colors began to intensify, and stayed powerful through Trout Lake onwards, beginning to wane as the road dropped down towards Ophir, and further as one descends to Telluride.  These areas are probably a week or so off of their top color show, but curently have a nice contrast of green and yellow aspen leaves amid the confers. 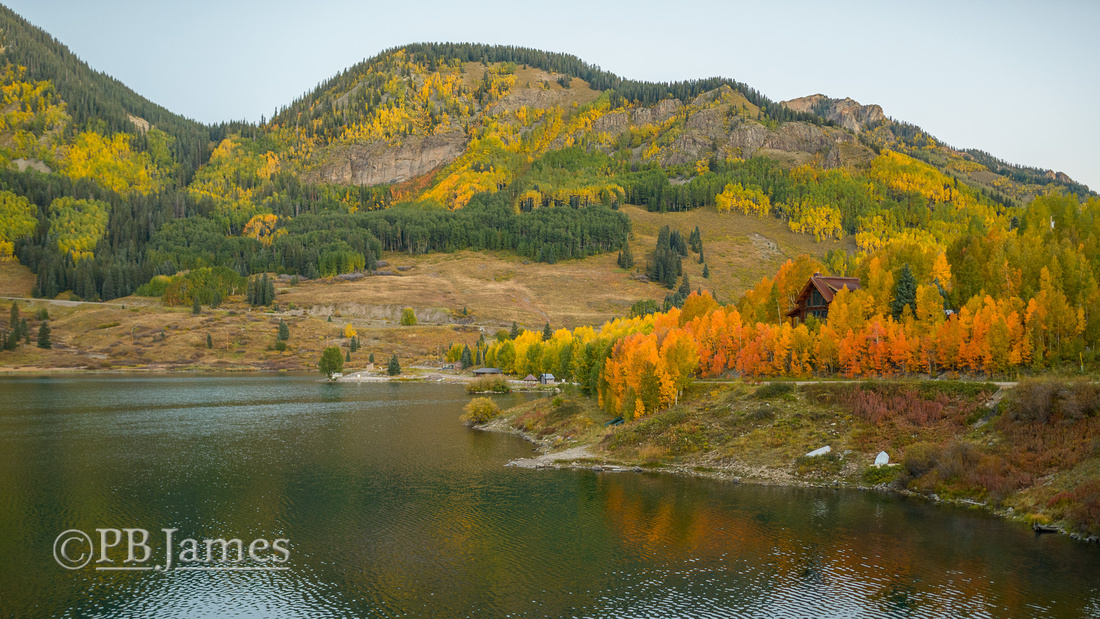 Following the 4WD route Last Dollar Road out of the Telluride Valley, colors continued to stay mixed, with at least 60% of the foilage still not turned, a situation which only grew greener on the north side of the range, towards the Dallas Divide. 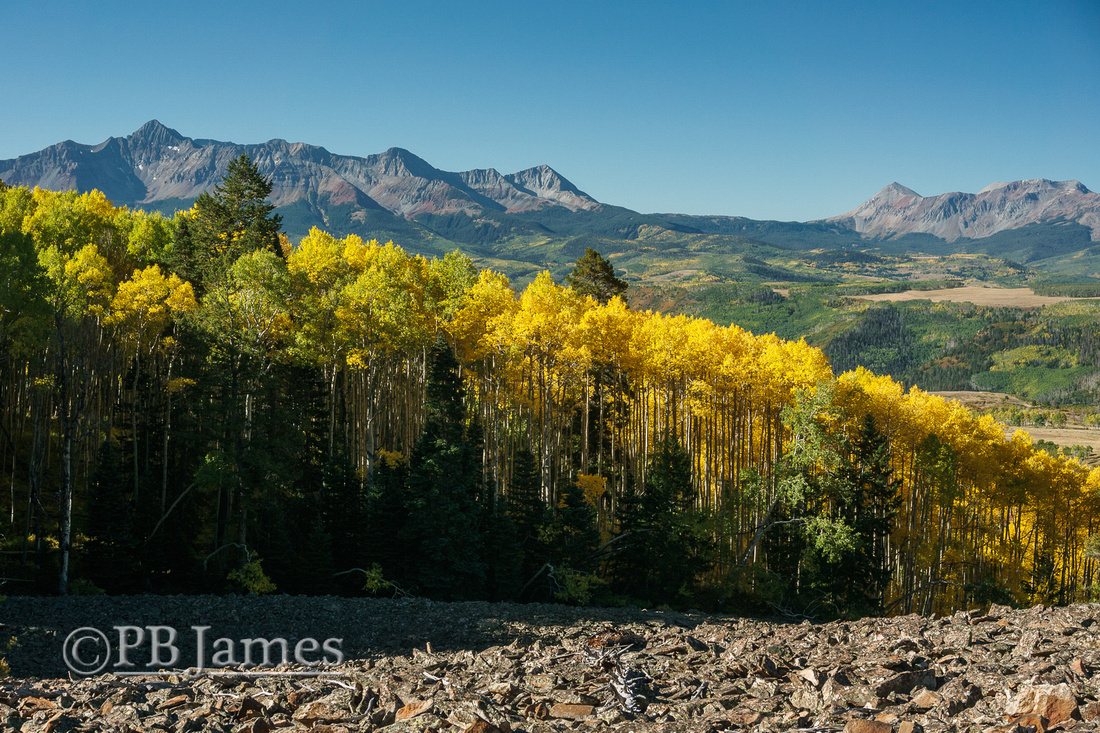 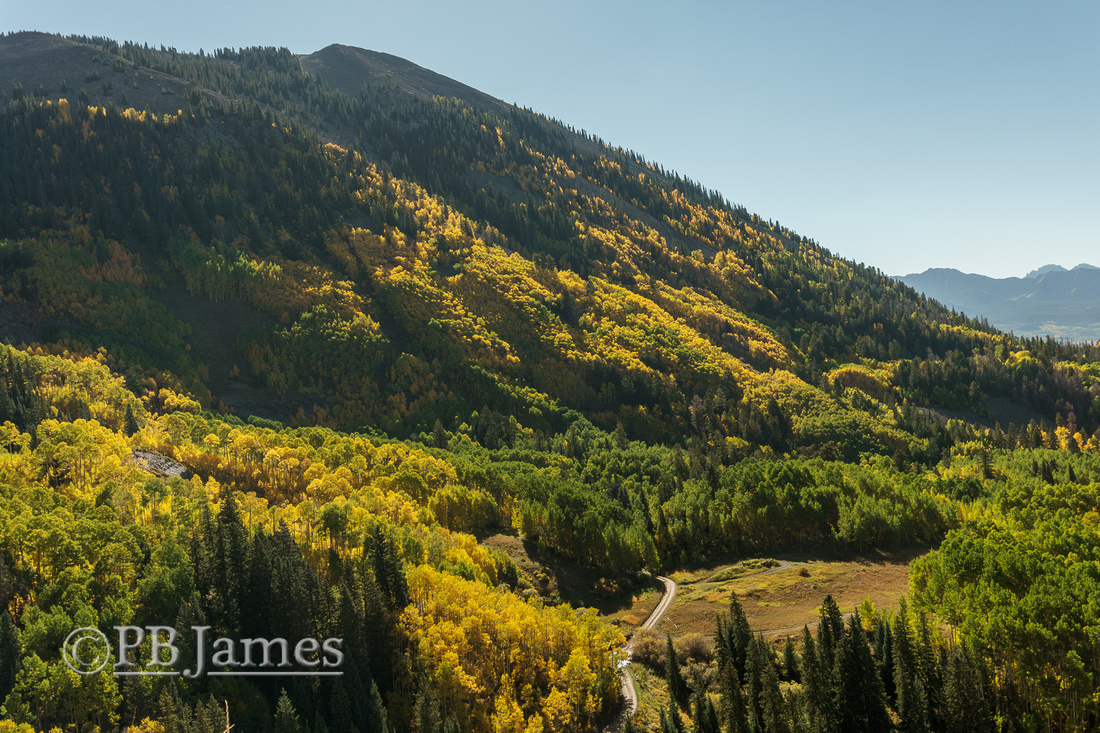 Later, I headed up to Yankee Boy Basin, which showed similarly mixed, green and yellow aspen leaves, as the road ascended from Ouray, and once in the basin itself, the grasses and shrubs were a lovely variety of shades from green and yellow, through orange, brown, and red. 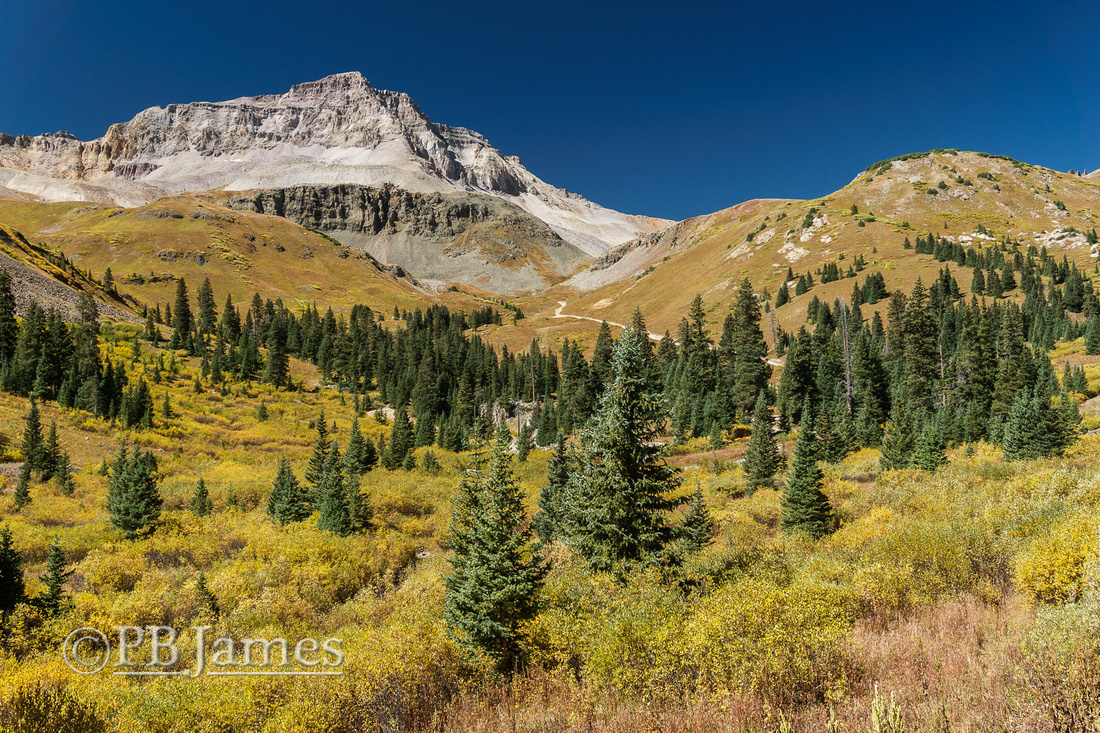 However, it was above Ouray on US-550, just below Red Mountain Pass, where the Aspen were truly in top form. The valley walls were coated in a bright yellow sheen, contrasting with the surrounding dark evergreens, and the stark rocky peaks above treeline. Virtually none of the aspen had yet lost their leaves, and only a few had theirs remaining in shades of green.  It was a wonderful show, as in past years, I have always come to this particular area too late, finding it barren, by comparison. 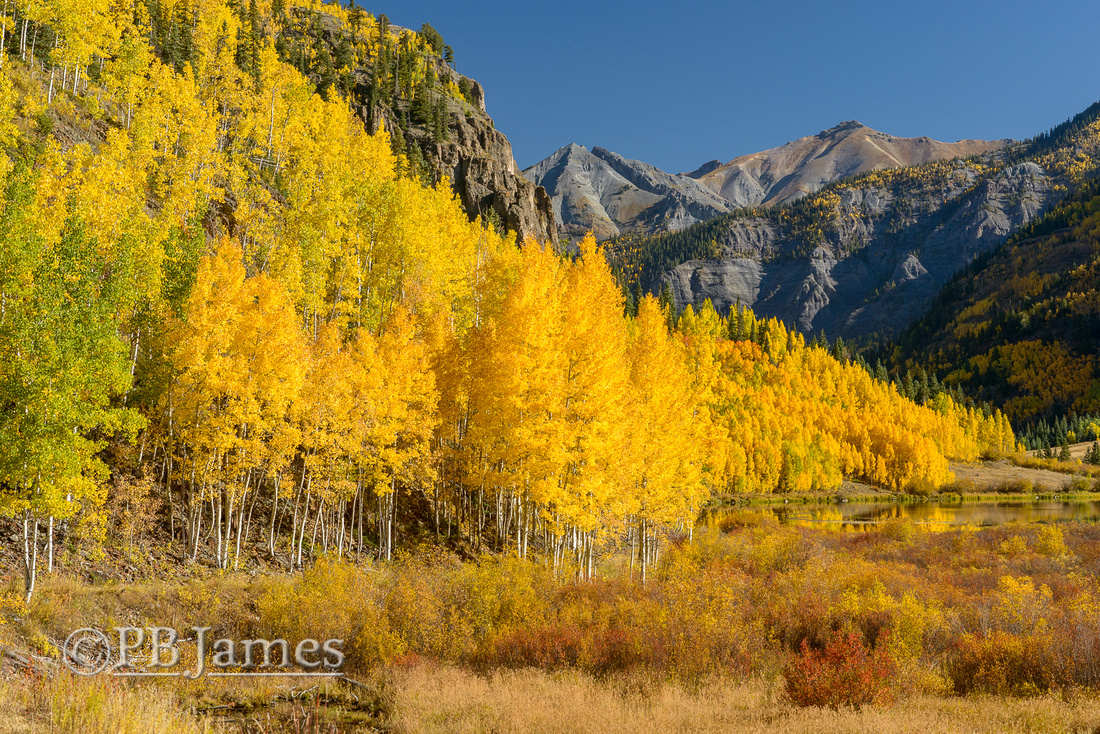 Look ahead for further reports, as I will be heading to Grand Mesa, McClure Pass, and the Aspen area, among others.