Riding the Wind and Waves

February 12, 2015  •  Leave a Comment
This past weekend, the atmosphere came together in just such a way as to provide a strange phenomena in recent history - rain in Central California!  The so-called "Pineapple Express" describes an alignment of the upper atmospheric wind patterns that draws warm, moist air from the Central Pacific, near Hawaii, directly towards the California coast, an arrangement that can account for a significant portion of the state's overall precipitation each winter.
On my way to San Francisco, I skirted the Pacific along Highway 1, just as the first storm was spooling up into full fury.  In between bands of intense rain, the wind violently tossed back and forth above the roadway for a menacing, Tolkienesque effect. 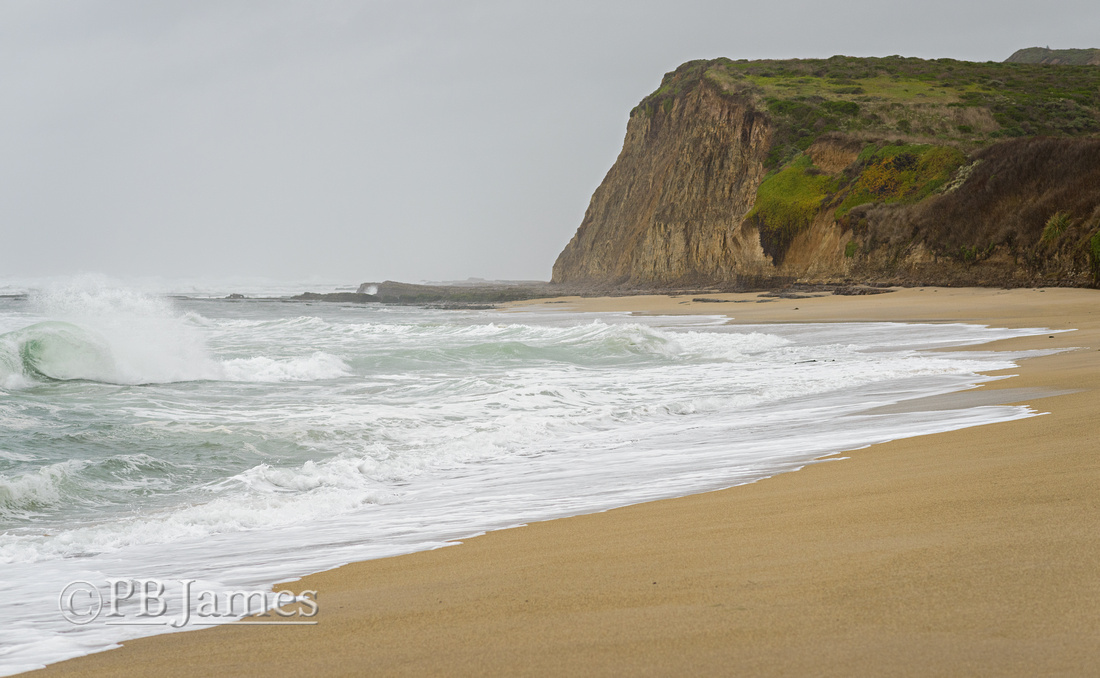 I stopped at several beaches between Santa Cruz and Pacifica, as I made my way up the coast under darkening, overcast skies.  While this section of the California Coast may not be as heralded as its' counterpart to the south of Monterey Bay, it is very scenic nonetheless, if a bit less rocky and dramatic.  Rain and fog conspired to obscure the view of Pigeon Point Lighthouse, but I did catch a few breaks in the weather to watch massive waves come tumbling ashore. Strong winds blowing directly out to sea would catch the waves as they crested, shearing off the tops into a misty spray.

Amazingly, despite the crashing surf of 10-15 feet, and menacing winds that I felt just as high as 60 miles per hour, there was a group of dedicated surfers and boarders still out on the water of Pacifica beach, even as the evening light began to fade into darkness.  As one group passed me, there was a nod of acknowledgement, through the howling wind spraying salt water and sand about, a look recognizing the slight crazy in all of us to enjoy braving such elements, whilst most were content to a warm meal inside. 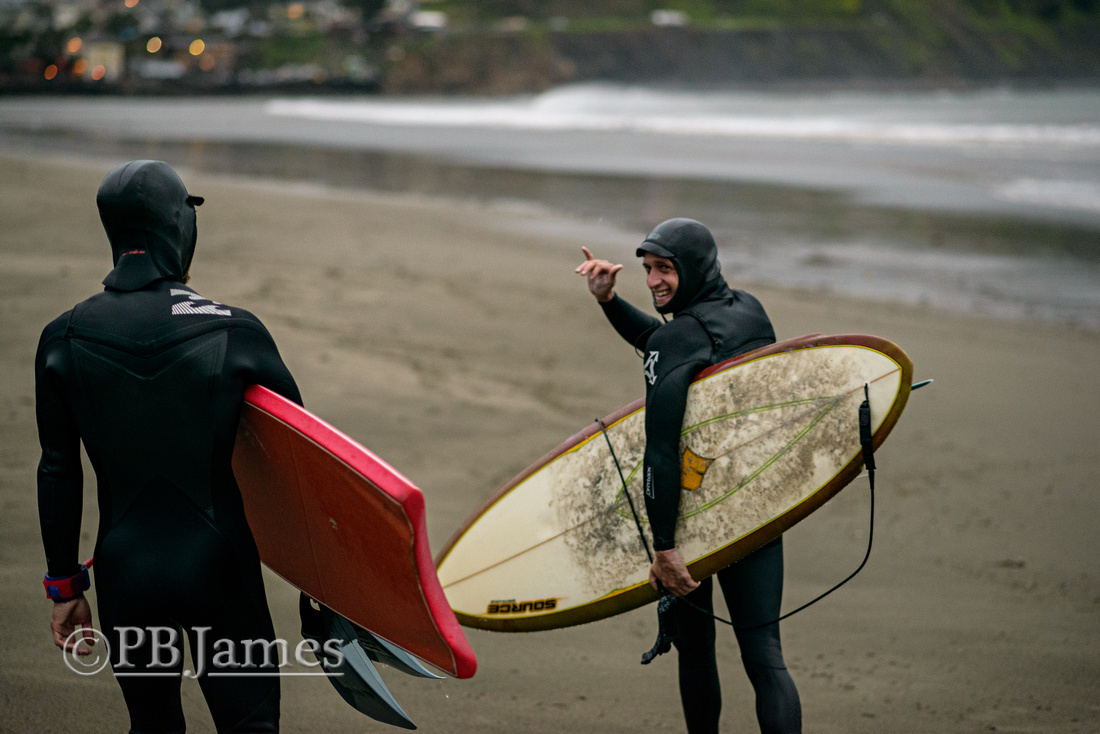 Another day, another storm, another wave chased, whether with board, or lens.
Keywords: beach, ocean, photography, rain, surf, waves, weather, wind
« Previous Post Next Post »